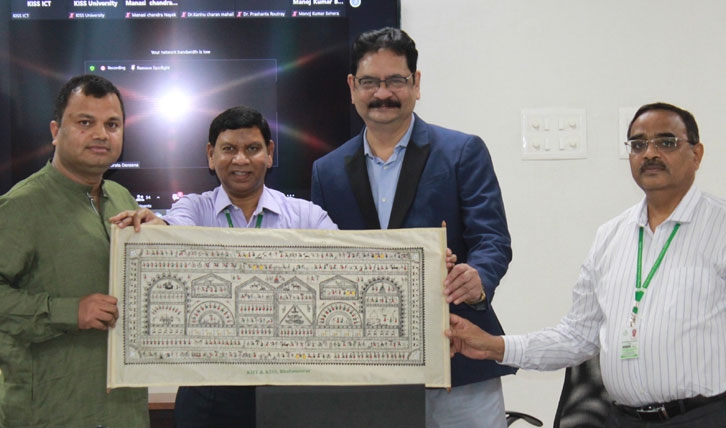 Professor Nayak talked about transformations across a broad swathe of politics, society and economy both at the macro and the micro levels within the framework of the nation-state, a distinctly European phenomenon. The prototypical European nation-state that was born out of the Westphalia Treaty (1648) was a peculiar political formation of two impulses: capital and the Protestant religion. In course of time, the modern nation-state grew with the development of capitalist economy, market and neo-liberal politics and a culture of consumerism. This negatively impacts traditional organic society, family relations and communities. The market economy promotes a consumer culture that offers us a false sense of agency and freedom. Instead of growing up as free individuals, humans are reduced to consumers. One of the ways to liberate oneself from the clutches of the market is to understand its oppressive structure and the Eurocentric knowledge economy in which it operates. This knowledge economy is utilitarian and capitalistic and it thrives at the expense of our rich and vital indigenous systems of knowledge, which we need to revive. Teachers at KISS can play a vital role in preserving, protecting and promoting the indigenous knowledge traditions, he added.

Professor Ashok Kumar Mohapatra, Chairman, HRDC, summarized the talk, which ended after a question-answer session. Professor Nayak also gifted KISS a valuable trove of over sixty-four e-books on Social Sciences and Humanities. Dr. Prashanta Kumar Routray, Registrar (KISS DU) proposed a vote of thanks. This event was well attended in both physical and online mode.