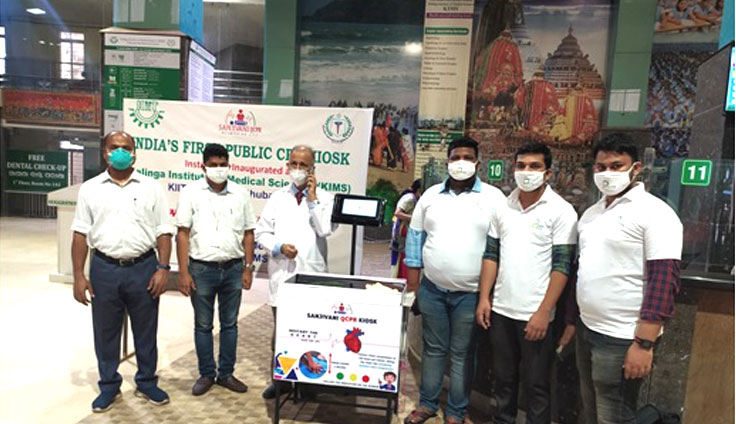 Each year approximately seven lakh cardiac arrests occur in India from various causes, and more than 85% happen outside hospitals such as home, railway station, bus stop, airport, market place, and recreation facilities. About 90 percent of people who suffer out-of-hospital cardiac arrests die. Cardiopulmonary Resuscitation (CPR), especially if performed immediately, can double or triple a cardiac arrest victim’s chance of survival. To save more lives from cardiac arrest, Hands-Only CPR kiosks have been placed in high-traffic places, such as hospitals, malls, airports, railway stations, educational institutes, and other locations – helping to raise awareness about this life saving skill.

Common men can learn and practice the steps of cardiopulmonary resuscitation by Sanjivani QCPR KIOSK and will be instrumental in saving the life of a cardiac arrest victim in future. There will be social awareness of resuscitation skills.  When a person has a cardiac arrest, survival depends on immediately receiving CPR from someone nearby. Hands-Only CPR has been shown to be as effective as conventional CPR for cardiac arrest at home, at work or in public.

KIMS Faculty in OBG Awarded at National Conference of ISAR